We leave the Drôme Provençale, heading south towards Nîmes. Barely an hour by car from Saint-Paul-Trois-Châteaux and here you are facing the most visited ancient monument in France: the Pont du Gard, a remarkable masterpiece of humanity. Admire the incredible feat of Roman engineering that is still standing 2000 years later!

Construction and architecture of the Pont du Gard

The Pont du Gard is a part of the aqueduc which originated at Uzès and supplied running water over a distance of 50 kilometres to the ancient city of Nîmes. The slight difference in altitude between the starting and finishing points testifies to the Roman scientific genius and allows the thermal baths, fountains and gardens to be supplied with a controlled flow.

At 49 metres high, the Roman aqueduct bridge is the highest in the world and the only ancient three-storey bridge still standing today. It took only 5 years to complete this extremely rare achievement for the time, composed of 3 rows of superposed arches.

The aqueduct bridge has been classified as a historic monument and a UNESCO World Heritage Site and thanks to its redevelopment in 2000, the site has become wild again. 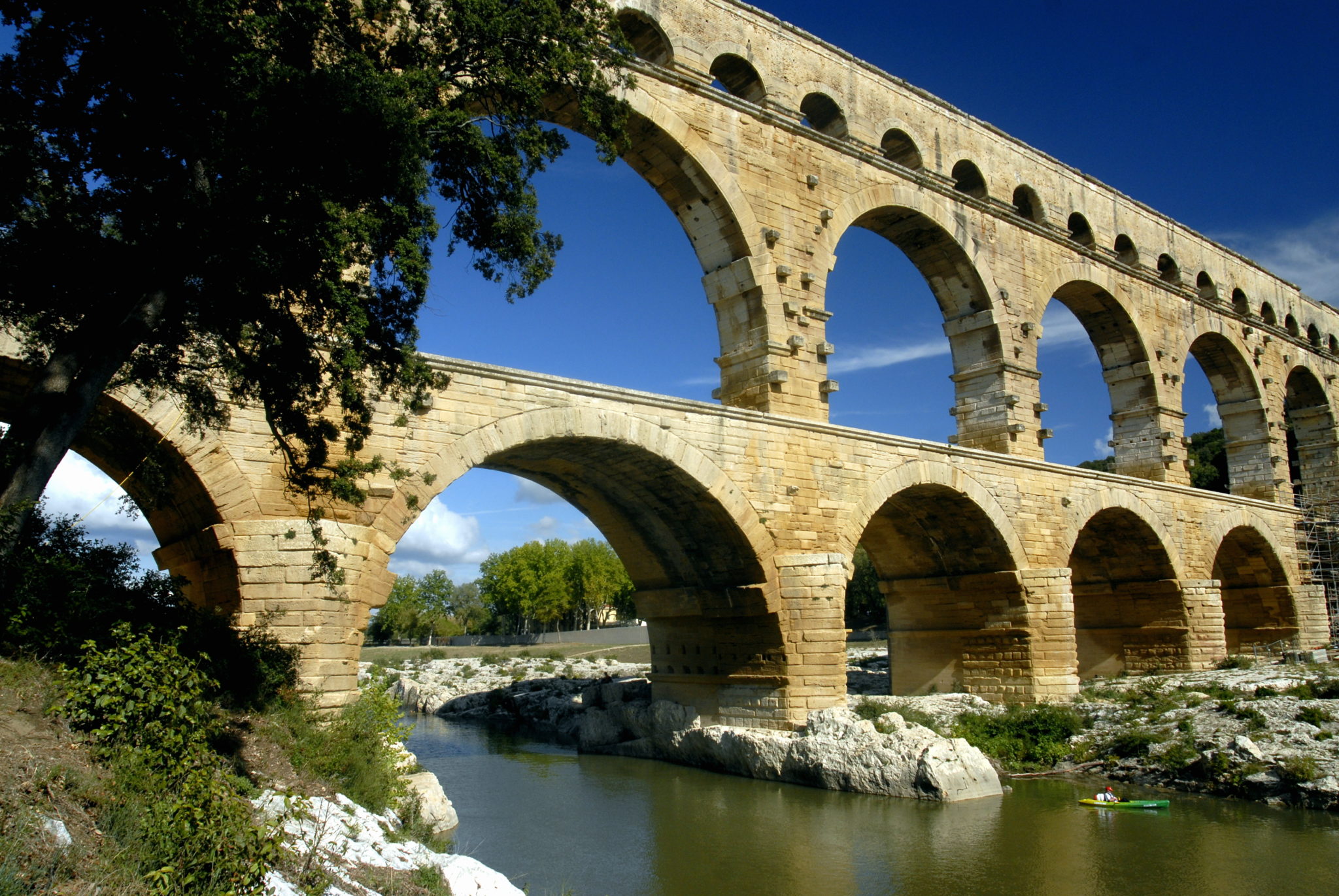 Several points of view are to be observed from the site. Some visitors prefer the right bank, they say there are fewer people and the view is even more beautiful. The entrance ticket gives access to the first level of the bridge. If you do not feel dizzy you can continue the visit of the Roman pipe on the third floor for an additional cost (only accessible by guided tour on reservation).

In order to spend the day there, the site has been equipped with cultural spaces, including a very informative museum and trails in the garrigue where you will find holm oaks, olive trees, vines, fruit trees and cereals. In good weather, you can enjoy the developed beaches at the foot of the bridge and swim in the cool river. And if you are wondering which river runs under the Pont du Gard it is simply the Gardon!

In the summer, the Pont du Gard site lights up in the evening in different colours, which enhances the architecture of this ancient wonder.

Sumptuous, majestic, grandiose, monumental, magical… So much praise! This is how visitors considered the Pont du Gard site: an essential visit to the south-eastern region of France. It is also admired for its excellent state of conservation.

Consult the practical information of the The Pont du Gard

The ancient site of Vaison-la-Romaine